Following the success of the Lithgow Arms LA101, we’re pleased to announce that a new centrefire version will be debuted at the SHOT Expo in Melbourne from 23-24 May.

Many people have contacted us over the past 18 months asking for a centrefire, and we’ve listened. The LA102 CrossOver will initially be available later this year in three calibres – .223, .308 and .243 – and will be as tough, accurate and reliable as you’d expect from an Australian-made rifle.

We’ve also taken note of the views of those who prefer traditional stocks to the black polymer while retaining the CrossOver features, so the LA102 will be released in three stock options – walnut, laminate, and the military grade polymer seen on the LA101. We also plan to supply walnut and laminate stocks as spare parts, so those who want some variety can have both.

Technical details on the centrefire will be available at the show, and will also go on the Lithgow Arms website soon

The rifles themselves will be available in shops late this year.

In other Shot Expo news, we’ll be displaying the LA101 in right and left hand versions with polymer stocks and threaded barrels. We’ll also have an ‘all black’ variant that we think looks pretty cool. In addition, we’re pleased to announce that in response to all your emails and phone calls, we’ll be releasing walnut and laminate stocks for the .22LR. These will also be on display, and available as spare parts this year along with polymer stocks.

Speaking of feedback, a lot of people contacted us asking if they can buy the branded bar mats we sent out to some gun shops last year, as well as other Lithgow Arms accessories. Again we’ve listened, so you’ll be able to buy some branded items at the show. For those not able to go to the show, we’ll be launching our online shop with the full range soon – you won’t be left out.

We’ve always planned to offer a range of firearms for sale, and after some searching we found the right partner and now have an opportunity to support the Australian shotgun shooter. On display at the show we’ll have Lithgow Arms branded over and under shotguns from our Turkish partner. These are great guns that align with our basic principles; great quality and value for money. We’ll be interested to get your feedback when you take a closer look. Rest assured that our core rifle range is made in Australia, and proudly carries the Australian-made label.

Another new product line we’re proud of is our agreement with HART clothing from Europe, and we will now exclusively provide the HART Hunting Collection in Australia. It’s proven quality, hard-wearing clothing for the hunter that uses modern hi-tech fabrics and manufacturing processes to ensure value for money. A sample of the line will be available for sale at the show and the range will also be available online in due course. 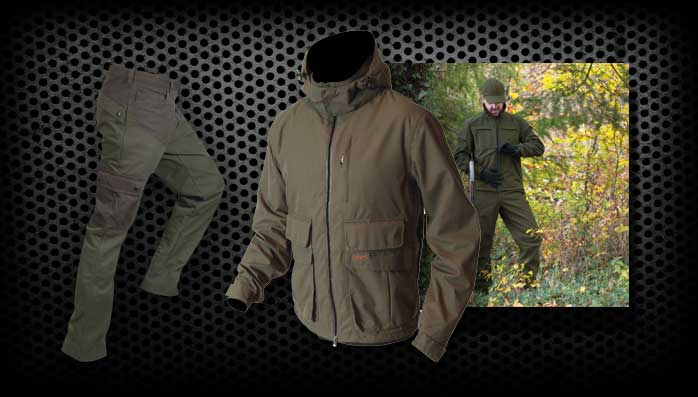 The Lithgow Arms team would like to thank all of you for your support and your custom. We realise you have plenty of choice in what products to buy, so we’re grateful that you’ve chosen to support an Australian product. For those of you going to Melbourne for the Expo, we look forward to meeting you there – we’ll be on Stand #163

As ever, if you have any questions please email info@lithgowarms.com